Arsenal
Kit Sponsor: Emirates
Stadium Sponsor: Emirates
The deal with Arab airline Emirates commenced in the 2006/07 season following the Gunners’ move from Highbury. The sponsorship is worth £100m over fifteen years and was, when signed, the biggest sponsorship deal in English football when you combine both elements of the agreement.
Minor Sponsors: O2, Citroen, Lucozade, LG, EDF Energy, EA Sports, Thomas Cook, Paddy Power, Edel

Aston Villa
Kit Sponsor: Acorns
The 2008/09 season saw the logo of online gambling firm 32Red.com removed from the famous claret and blue strip and replaced with that of children’s hospice Acorns. Following the lead of Spanish pace-setters Barcelona, Villa have let Acorns display their logo for absolutely nothing on the front of the Aston Villa shirt in the same way that the Catalan side have adorned the crest of Unicef. Aston Villa obviously generates no money from the deal, and it is estimated that the midlands club lose £5m per year in revenue because of it.
Minor Sponsors: Carlsberg, Boylesports, visitbirmingham.com, SEAT

Blackburn Rovers
Kit Sponsor: Crown Paints
In March this year Blackburn Rovers inked a three-year sponsorship deal with Crown Paints. The deal struck between the two parties looks to be beneficial for the Lancashire club, as Crown Paints has been recently taken over by Leeds-based private equity firm Endless Investments, who are in seemingly sound financial health. Endless Investments has annual revenues of more than £180m, and is targeting £200m revenues over the next three years. That makes the £5m per season that the firm are forking out to sponsor Blackburn look like peanuts.
Minor Sponsors: Party Poker, Bet365, Fraser Eagle Group, Walkersteel, WEC Group

Bolton Wanderers
Kit Sponsor: Reebok
Stadium Sponsor: Reebok
Bolton and Reebok have been pioneers in terms of Stadium Naming Rights Sponsorship in the UK, since they first partnered with Reebok Stadium in 1997.The sporting goods giant recently signed a new deal which will see them continue their sponsorship of Wanderers until 2016. Bolton will make £1.2m-a-year
from the newly-sealed deal.
Minor Sponsors: Woodford Group, Bet2Go, DeVere Venues, John Smith’s

Chelsea
Kit Sponsor: Samsung
When the last year of a £24m four-year deal with Emirates ran out at the end of the 2005/06 season, South Korean Electronics firm Samsung won the battle to sponsor the London club. The lucrative five-year deal with the mobile phone and electronics giant will earn Chelsea a staggering £50m over the course of the agreement.
Minor Sponsors: Etihad, EA Sports, Thomas Cook, Viagogo, Heineken, Ladbrokes, Pepsi/Gatorade, Giorgio Armani, Laurent Perrier

Everton
Kit Sponsor: Chang
Earlier this year Everton and the Thai-based Chang Beer struck a second sponsorship deal, this one valued at £8 million over three years. The current deal, worth £4.5 million, expires at the end of the season. As part of the deal, the club will set up the Chang-Everton Football Academy, which will be located at the ThaiBev Football Centre in Thailand.
Minor Sponsors: JJB Sports, Football Pools, Paddy Power, Trinity Mirror plc, Subside Sports

Fulham
Kit Sponsor: LG Electronics
This season marks the second year of electronics giant LG’s sponsorship of London side Fulham. The deal between the two parties is worth £3m per season and is set to run for two seasons, although LG do have the option of sponsoring the Cottagers for a third season.
Minor Sponsors: American Airlines, Coral, SeatWave, Matinique, Buxton

Manchester City
Kit Sponsor: Thomas Cook
British travel agent Thomas Cook is into its sixth season as principal sponsor of Manchester City. The deal between the two clubs was extended in July this year, with Thomas Cook paying the Citizens £1.4m until the end of the agreement.
Minor Sponsors: Singha Beer, Digibet, John Smith’s, Key103

Manchester United
Kit Sponsor: American International Group (AIG)
In April 2006, Manchester United revealed they had signed the single largest shirt sponsorship deal in English football. The four year agreement with US insurance giants AIG will be worth a massive £56.5m over the course of the deal.
Minor Sponsors: Betfred, Hublot, Budweiser, Kumho Tyres

Middlesbrough
Kit Sponsor: Garmin
Satellite Navigation manufacturer Garmin are into their second season as shirt sponsor of Teesside outfit Middlesbrough. Garmin and Boro initially negotiated a one-year deal between the two parties though this has since been extended to a second season. The agreement states that Garmin will pay Gareth Southgate’s side £1m per season.
Minor Sponsors: Visit Middlesbrough, Rocklife Hall, Setanta Sports

Newcastle United
Kit Sponsor: Northern Rock
The current sponsorship deal forged between Newcastle-based Northern Rock bank and The Magpies has run since the 2005/06 season and will run until the end of the 2009/10 campaign. The deal, which is the largest in the history of the Tyneside club, is worth £4.8m-a-year.
Minor Sponsors: Carling, Collingwood, Jax, MBNA, Sports Direct, Seat Exchange

Portsmouth
Kit Sponsor: OKI
Japanese printing firm OKI have sponsored Portsmouth since the beginning of the 2005/06 season. The deal currently runs out at the end of this season although there is an option for OKI to extend the agreement if they are willing to fork out more than the £800,000 that they are currently paying each season.
Minor Sponsors: Royal Navy, Ladbrokes

Sunderland
Kit Sponsor: Boylesports
Boylesports has sponsored the Black Cats since the start of the 2007/08 season. The logo of the Irish bookmaker is displayed on Sunderland’s home and away kits. Boylesports will pay Sunderland £2.5m per season during the four-year duration of the agreement.
Minor Sponsors: Visit Sunderland, Cornhill Direct, Scottish & Newcastle

West Bromwich Albion
Kit Sponsor: None
West Bromwich Albion are currently without a shirt sponsor. The Baggies have been searching for one since the end of last season when lastminute.com decided to terminate their sponsorship but have so far been unsuccessful.
Minor Sponsors: Party Poker, Bet365, T-Mobile

West Ham
Kit Sponsor: SboBet
West Ham were one year into a three–year £7.5m deal with travel company XL Holidays, before the sponsors went bust. West Ham had already been paid for the first year of the agreement but were still left with a £5m shortfall. The Hammers have found a new sponsor in the form of online bookmakers SboBet, but no further details have emerged apart from the fact that the deal will run until the end of next season.
Minor Sponsors: Carlsberg, MBNA, BBC London

Wigan Athletic
Kit Sponsor: JJB Sports
Stadium Sponsor: JJB Sports
As Latics chairman Dave Whelan holds a dual role as both Wigan Athletic head-honcho and ‘honorary president’ and former Chairman of English retailer JJB Sports, the former Blackburn and Crewe midfielder was instrumental in striking a deal between the two parties. The sporting goods giants hold the naming rights to Wigan’s 25,000-seat stadium as well as being the principal sponsor of the club. The deal costs JJB £1m-a-year and expires at the end of this season. Whether Wigan Athletic are to renew the sponsorship deal or not remains to be seen.
Minor Sponsors: Heinz, VizWear, Ticketmaster, Bet365 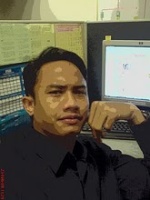 Chelsea
Kit Sponsor: Samsung
When the last year of a £24m four-year deal with Emirates ran out at the end of the 2005/06 season, South Korean Electronics firm Samsung won the battle to sponsor the London club. The lucrative five-year deal with the mobile phone and electronics giant will earn Chelsea a staggering £50m over the course of the agreement.
Minor Sponsors: Etihad, EA Sports, Thomas Cook, Viagogo, Heineken, Ladbrokes, Pepsi/Gatorade, Giorgio Armani, Laurent Perrier[/color][/quote]

strikerbuncit wrote:Chelsea
Kit Sponsor: Samsung
When the last year of a £24m four-year deal with Emirates ran out at the end of the 2005/06 season, South Korean Electronics firm Samsung won the battle to sponsor the London club. The lucrative five-year deal with the mobile phone and electronics giant will earn Chelsea a staggering £50m over the course of the agreement.
Minor Sponsors: Etihad, EA Sports, Thomas Cook, Viagogo, Heineken, Ladbrokes, Pepsi/Gatorade, Giorgio Armani, Laurent Perrier[/color] 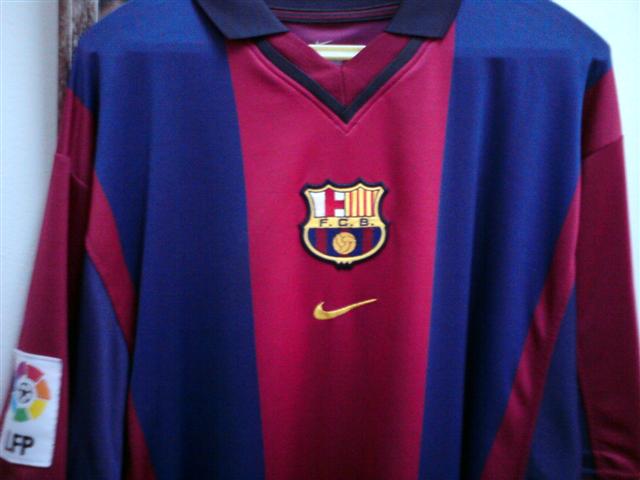