Succeeding his father in 1932, he quickly became known as a friendly and approachable ruler by his subjects. During the Japanese occupation of Malaya, he discreetly encouraged resistance movements such as the Askar Wataniah, Force 136 and the MPAJA.

However, due to his penchant for marrying commoners, including several popular actresses and singers, he was less popular with other Malay rulers and they declined five times to choose him as Yang di-Pertuan Agong of Malaysia.

He died on May 7, 1974 and was succeeded by his son Sultan Ahmad Shah 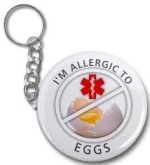